Whenever someone talks with a bankruptcy attorney, they often wonder what their financial life will be like during and after the process. Notably, people frequently worry that there will be major restrictions. Restrictions are a possibility, so take a look at how they work, why a judge might order them, and what you can expect.

Generally speaking, the longest-lasting and most difficult restrictions occur in Chapter 13 or 11 bankruptcies. These are what people typically see as the restructuring processes for individuals and businesses respectively. Restructured bankruptcies involve payment plans, and the restructured payment process can take between three and five years.

In Chapter 13 or 11 bankruptcy, a court will want a debtor to focus on making payments, and potential restrictions usually follow that theme. For example, a judge may order you to file with the court before you can get a new credit card while you're still in the Chapter 13 payment process. This gives the judge and your creditors a say in preventing the unnecessary acquisition of new debts while old ones are still hanging out there.

When it comes to Chapter 7, restrictions are usually unnecessary. The Chapter 7 process usually wraps up within a few weeks or months. Also, you have to name all of your creditors if you hope for the court to discharge the associated debts, so it's hard to exploit the system.

The court might not restrict your financial activities, but that doesn't mean some ideas aren't still bad. For example, it's unwise to move assets around even in the months before you file because a creditor or the judge may see this as an attempt at evading bankruptcy. Likewise, a bankruptcy attorney will strongly discourage taking on more debt before you file or while your case is pending.

Strictly speaking, the court doesn't restrict anything in these scenarios. However, the judge could dislike the actions and dismiss your petition for relief entirely. Rather than using a court order, the judge just uses their inherent power to make you behave.

Creditors do have the right to ask the court to enter an injunction against someone with a pending bankruptcy. Effectively, they would ask the court to bar you from some action, such as selling a vacation home because the sale could harm their ability to recover as much outstanding debt as possible. The creditors usually have to be worried about something big to pay for this much lawyering, so it isn't a factor in typical bankruptcies.

For more information, talk to a bankruptcy lawyer. 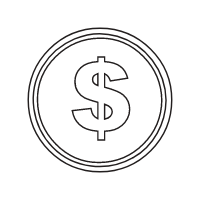 Will There Be Any Restrictions Attached To Bankruptcy?
9 November 2022
Whenever someone talks with a bankruptcy attorney, they often wonder what their financial life will be like during and after the process. Notably, peo …

Can You Get Chapter 7 Bankruptcy Relief?
5 April 2022
Bankruptcy courts only allow those who meet the guidelines to have the opportunity to obtain debt relief through chapter 7. To find out more about the …

4 Things To Examine Before Talking To A Bankruptcy Attorney
18 August 2021
Even though bankruptcy is not the answer for every consumer, sometimes an individual needs to file bankruptcy to find some kind of peace in their fina …